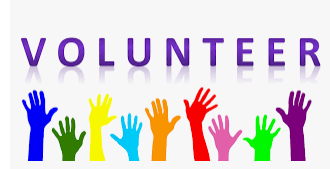 Introduction to the pillar:

“O you who believe! Be standard bearers for Justice, as witnesses to Allah, even as against yourselves……, …..and if you Distort Justice or decline To do Justice, verily Allah is well-Acquainted with all that you do.” [Qur’an 4:135]

The concept of Social Justice is central in Islam and working towards it is considered to be an act of supreme virtue. As Muslims it is our religious and social responsibility to work for just causes.

Message from our Pillar Lead:

The concept of justice is repeated over and over in religious text (Quran & Hadith).Our faith demands that we do not lead a passive life. On the contrary, when it comes to building Masajids and schools, Muslim communities across the country have been very active. However, when it comes to social issues, we have a lot of catching up to do. CARES – Enhancing Social Justiceinitiative is an attempt to mobilize the Muslim community to tackle Social Justice issues on race, religion, color, creed and discrimination (just to name a few) at all levels.

– Identify issues common with community at large and get the Muslim community involved.

– Build alliances by partnering with other organization working in the area of social justice.

– Raise awareness within the community on issues affecting Muslims and the larger population.

– Work to increase Muslim participation at events of Social Justice

During the past few years, there has been a steady increase in Islamophobia, which has significantly spiked lately. Movements related to immigration issues, black lives matters, women’s rights, just to name a few have become very active.

First and foremost, our faith demands it. As MLK said, “Injustice anywhere is a threat to justice everywhere”. An unjust society is a recipe for disaster, whereas, a just society is a condition for peace.

– Assist local organizations which are already working in this area.

– Mobilize the community to get involved in social issues by providing volunteers.

– Not just participate, but take the lead in organizing events (e.g. plan and organize rally on a specific issue).

– Whenever possible, contribute not just physically, but financially to social justice causes.